If we all don’t die falling off the fiscal cliff, 2013 will prove to be an interesting year for brands and businesses. The following are five (well, actually six) brands I’ll be keeping my eye on next year.  Importantly, these are not necessarily brands that I think will fare well (predicting the future is not in my wheelhouse).  Rather, I expect these will be the brands making the most headlines in the coming year: 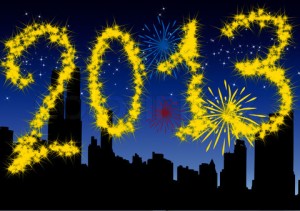 Starbucks – 2013 will be the year that Starbucks either rises to new heights or jumps the shark.  We’ll start seeing the results of the bold moves the company has made over the past 18 months.  First, it acquired innovative juicier Evolution Fresh.  In 2012 the company opened four standalone Evolution Fresh stores offering made-to-order juices.  Menu items include the “Field of Greens,” a juice blend of greens, ginger, apple, and cucumber, for $7.99, and sandwich “bowls” which go for $8.75.  This alone is big news.  As Bruce Horovitz observed in USA Today, “If [Evolution Fresh] works, Starbucks could stamp an even bigger cultural footprint than it already has.”

Starbucks also recently acquired Teavana, the tea retail chain that currently has about 300 stores (read the deets from Bloomberg’s Leslie Patton), and it opened its first Tazo Tea café.  Between these tea stores, its regular coffee cafes, and Evolution Fresh juice bars, the company plans to open more than 1,500 new shops in U.S. over the next five years.

Then there’s La Boulange, a small San Francisco-based bakery chain Starbucks acquired earlier this year.  As a result of this development, Starbucks will roll out new croissants, loaf cakes, and other items to about 2,500 cafes in 2013 and go national sometime in 2014.  And finally Starbucks’s push behind its new Verismo single-cup coffee-machine-and-pod system which includes a multimillion-dollar ad campaign is likely to continue.

Whew!  I get overwhelmed just thinking about all that the company has going on. It’s unclear if all of this activity will pull the company’s focus away from the Starbucks brand and jeopardize its innovation and stellar execution, or if it will catapult Starbucks into the status of an uber-powerful, innovative corporate brand.  Either way, I’m sure we’ll be hearing a lot about Schultz and his team in 2013.

Best Buy – Only a few weeks ago, the electronics retailer’s new CEO Hubert Joly outlined his plan to turnaround the company, including buying or licensing product brands in order to increase the chain’s selection of exclusive merchandise and accelerating a push into services.  While the plan includes some good ideas and not-so-good ones, (check out my recap), at least there’s a plan — and now it’s time to see how well the company executes it.

Meanwhile the chain’s founder Richard Schulze is working with three private-equity firms, including Cerberus Capital Management LP, on a somewhat friendly takeover bid.  And the repercussions of such a change would be pretty dramatic.  But of course, I’m writing this without the benefit of seeing how the holiday season shapes up for Best Buy, so this “brand to watch” might end up being a nonstarter. Regardless, my curiosity is definitely piqued by this chain.

Amazon — “Amazon is the giant sucking sound in retail,” “Amazon is so aggressive on so many fronts,” and “Everybody in retail is terrified of Amazon,” are just some of the comments analysts and competitors have recently made about the online giant (more here).   And with good reason, given the company’s move into same-day delivery, introduction of Freetime Unlimited which gives kids access to thousands of books, apps, movies, and TV shows for one low monthly subscription price, and rumored development of a Kindle smartphone.

CEO Jeff Bezos himself has uttered a few noteworthy gems of late, including “People don’t want gadgets, they want services.”  The reason for this proclamation is simple.  As CBS’s Dan Farber astutely noted in a recent CNET piece, “The services, and apps, make gadgets useful, so don’t become blinded by the glare of shiny objects from Apple, Samsung, Google and others, [Bezos] seems to be saying.”  So it’s looking like Amazon is gearing up for a fight in 2013 and will face formidable opposition from electronics makers, Internet service providers, e-tailers, and more.   This will be fun – and instructive — to watch!

Tesla – Those of you who know that I primarily focus on restaurant/retail brands and digital health & fitness companies may be surprised to see an automotive brand among the ones attracting my attention.  But Tesla Motors is no ordinary automotive brand.  Founder Elon Musk says the company’s first and flagship model, the Model S, is about “showing that an electric car can be the best car in the world.” So far, it’s seems to be working.  Automobile Magazine named it the 2013 Automobile of the Year  and Forbes calls the Model S “impressive”.

What piques my interest the most are the company’s brand-building strategies which seem more akin to what we’d expect from a consumer product.  Take its retail approach. The cars are sold through “stores” not “dealerships.”  They’re in malls, to take advantage of the foot traffic there. The stores staffed by non-commissioned salespeople who are there to educate consumers.  And in the stores whose designs are modeled after Apple stores, potential buyers can see the cars, test drive and configure the one they want, and then order it online.   The company is moving toward its goal of opening 10 retail stores across the U.S. in 2012, bringing the total to 24 American stores, and will only continue to open more in the coming year.  Stay tuned.

Lady Gaga – By now it’s clear Miss Gaga is more than a pop icon; she’s a bonafide brand (see my post, Lessons from Lady Gaga, and my QSR Magazine column, What You Can Learn From Lady Gaga).

2012 was actually a relatively quiet year for Brand Lady Gaga.  The Google+/Facebook/Pinterest-esque website dedicated to her loyal following, LittleMonsters.com, was opened to the public – and the star attracted attention this fall when she gained 25 lbs.  But in 2013 she’ll be back in the headlines once again with her new “album” ARTPOP.  It will be released as an app with chats, videos, extra music, content, games, fashion updates, magazines, and more – all in order to, as she says, offer “the most major way to fully immerse yourself” in a record (it will also be available on plain old CD and MP3.)  As Lady Gaga once again breaks new music and brand-building ground, I’m sure there will be more lessons for all businesspeople to learn.

Now, no list of brands to watch would be complete without including JC Penney. I won’t go into details since they been in the headlines so much already.  So, let’s just say after the tumultuous year that 2012 was for the venerable chain (check out my recap), it will be interesting to see whether it finds its footing or falls even further next year.

These brand stories are part of why I’m looking forward to 2013!  How about you?  Which brands are you keeping your eye on?  Please let me know.