2012 did not disappoint in terms of exciting brand developments.  (I wrote about the seven fast food chains making headlines in my latest QSR Magazine column.  Check out my recap of the news at Burger King and Pie Five among others.)  Among the brands in a range of categories making bold moves in 2012 were several of the ones I had identified at the start of the year as “brands to watch.”  Let’s revisit these, shall we?! 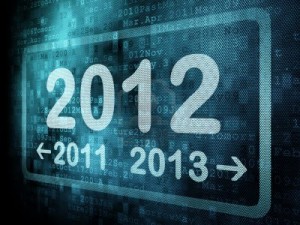 Smashburger – I followed Forbes’s lead (last November, the magazine named Smashburger “America’s Most Promising Company”) and said this fast casual burger chain was “firing on all cylinders.”  In the 12 months that have passed, Smashburger has proven my point – it celebrated its five year anniversary, opened 60 locations including its first Latin American unit in Costa Rica, and introduced a new burger to its national menu, the Fresh Mex Burger topped with avocado, cilantro, pepper jack cheese, and spicy chipotle mayo, and served on a Mexican roll with a slice of lime – yum!

Although the chain’s growth has slowed (as has the entire better burger category’s), the company continues to make smart moves.  Most recently it started a craft beer program in which it partners with local craft breweries to offer recommended pairings like the Mushroom Swiss Burger with the Santo beer from Houston’s Saint Arnold Brewing Company. With this program, Smashburger is advancing the local restaurant/national brand strategy that it started with its regional burger offerings.  Such an approach seems critical for emerging brands that have worked hard to gain a loyal fanbase and don’t want to lose their uniqueness or appear to be losing their “soul” as they grow.  I remain bullish about Smashburger in 2013!

JC Penney – Talk about drama!  The year started out for this retailer with a high profile event for analysts and the press to unveil the company’s turnaround strategy (see my take on the event here).  With high-energy, multi-media presentations, CEO Ron Johnson and then president Michael Francis outlined their vision for the brand – including getting rid of sales promotions and moving to three kinds of prices (everyday, monthly specials, and clearance) and running high-concept TV advertisements.  Their plans now seem almost quaint, as viewed through the lens of what’s happened since then.  In response to lagging sales, the company sent its customers a $10 coupon, offered an additional 30% off clearance items, and ran promos for savings of 40-60% off on Black Friday.  It fired Francis in June and blamed the whimsical TV campaign for its poor results (last month comparable-store sales fell 20% and shares have dropped 30% this year.)

About the only thing that seems to be on track from Johnson’s initial vision is the opening of shop-within-a-shop concepts.  It started over the summer with “stores” for Levi’s, Arizona, and Buffalo denim brands and has continued to open shops by higher end brands and designers like Mango and Vivienne Tam. The goal is to have a collection of about 100 specialty shops, thus becoming what Johnson calls “the first specialty department store.”  That sounds like an oxymoron to me but the initial results from these stores seem promising, so I’m holding off judgment.  After all, JCP must get it merchandise right if anything else is going to work for it.

Chipotle – This company was on my radar not only because of the continued growth of its primary restaurant chain, but also because of its introduction of Shophouse Southeast Asian Kitchen, a new Asian-themed fast-casual concept.  During 2012 Chipotle growth slowed, but it’s important to keep things in perspective.   While comp store sales may have dropped from last year’s double-digits, the chain reported an 8% increase in Q2 and 4.8% in Q3 – that’s still quite robust.  And the company definitely bolstered its consumer connection with its “Back to the Start” animated TV commercial which ran during the Grammy awards show.  The key to the chain’s future will be whether or not the company strays from its core as it bows to pressures for continued growth.  Businessweek recently reported that Co-CEO Steve Ells and his team were considering running more commercials that drive traffic (vs. celebrate the brand), and possibly adding breakfast items and installing drive-through windows. Yikes!

As for Shophouse, reviews have been quite positive and the third location is slated to open in Los Angeles in 2013. Given that restaurant industry monitoring service Technomic included an increase in Asian fare in its recently released 2013 restaurant predictions, I think it’s safe to count on continued success for the concept.

Bluetooth and ANT+ — The final two companies on my 2012 brand watch list were not as active as I had expected.  I had pegged them because the digital health and fitness market is booming and these wireless protocols are core technologies in many of these devices.

There weren’t any big announcements from either company but Bluetooh v4.0 got a boost from its inclusion in the Windows 8 PCs and tablets, the new iPhone 5, and the Samsung Galaxy S III.  And ANT+ upgraded its website to appeal more to its consumer base (vs. its partner/developer audience).  The site includes a product directory in which you can match fitness devices by activity, sensors, brand name, and compatibility, a much needed functionality since connectivity is a primary consideration in this space with all of its varied devices.

It seems the bigger brand movers in digital health and fitness were the product makers of body monitoring devices.  FitBit introduced two new products – the streamlined Zip and the One, an update to its popular Ultra — and Nike garnered a lot of attention and fans with is FuelBand in the first year it’s been on the market.  Since the Motley Fool recently named wearable computers “The Next Big Tech Trend in 2013,” I’m sure we’ll be seeing more exciting developments in this space this coming year.