there’s a brand strategy for that 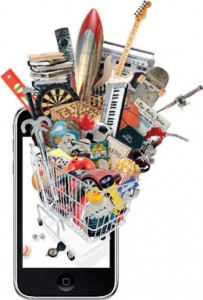 I’m not knowledgeable enough about the technology behind mobile apps to evaluate the story as a representation of the programming and development challenges and opportunities of all the different companies.  But I found it a provocative report on the different brands’ strategies.

First, there’s Apple.  Actually the primary point of the piece was Apple’s approach to approving – or in some cases, not approving – applications for inclusion in its app store. “The company places high value on what it describes as ‘customer trust,’ or the idea that users have faith that an application distributed on the iPhone won’t crash the platform, steal personal information or contain illegal content,” the article reports.

As such, it utilizes an approval process that some developers criticize for being opaque, arbitrary, and/or slow.  Nonetheless, the process positions the Apple brand as a screen for quality.  It also adds to the brand’s cachet, because developers of all sizes and scale are able to submit their apps for consideration and those that make it through seem to have a cool factor that Apple has bestowed upon them.

From a brand point of view, this is a smart strategy.  The role of the brand as editor or curator has always been important in sectors like retail and media, but it is becoming more prevalent in other areas now.  By endorsing another company’s product, a brand builds its own equity as an arbiter of what is good.  The brand becomes less about what it makes and more about what it does – a position that’s inherently more valuable (I posted about this last year when Apple’s app store was just starting to take off.)

The approach does have its downsides as well.  It leaves a brand vulnerable to forces out of the company’s control.  If an app from the Apple app store has quality problems, there’s a chance it could tarnish the Apple brand.  The strategy can also bring a backlash if the brand’s editing is perceived as too subjective or exclusive.  The NYT piece relayed the stories of several developers who were frustrated with Apple’s process.  Philip W. Schiller, head of worldwide product marketing at Apple admits, “Sometimes we make a judgment call both ways, that people give us feedback on, either rejecting something that perhaps on second consideration shouldn’t be, or accepting something that on second consideration shouldn’t be.”

The article also reported on Research In Motion, which is focused on the utility of the apps it makes available to Blackberry users. Jim Balsillie, co-chief executive of the company, explains, “We’re much more interested in changing the applications and changing the user experience and really unlocking the promise and the money and revenue opportunity for the ecosystem.”  RIM believes it “is going to innovate in the right way to drive that value proposition to capture [the] growth [in the category.]”

It appears RIM is aspiring to a brand position grounded in thought-leadership and innovation.  This builds on the existing perceptions of the RIM/Blackberry brand which is credited by many for creating the smartphone category.  And focusing on transforming the business value proposition of apps seems consistent with the brand’s history in the productivity and business aspects of mobile.

So RIM also seems to be employing a smart brand strategy.  Carving out a position of leadership through innovation has fueled many successful brands – and leadership of the “ecosystem” would be particularly compelling in a space that has so many moving parts.  Such a brand can enjoy the halo effect from the rising brands of all of the players.

However an innovation-based brand position can often be one with narrower appeal, particularly in technology.  Leading edge customers may easily understand and appreciate the value of the innovations, but “crossing the chasm” to appeal to the mainstream is a huge challenge.  As was the case with the Blackberry when the iPhone launched, the first-to-market brand may be relegated to a smaller, more niche position, while a more broadly-appealing brand which follows may be able to gain more traction after enough people have had enough exposure to the innovation.

Google and its Android Marketplace were also discussed in the NYT article.  In direct opposition to Apple, Google eschews any review process – it allows any developer to publish an application instantly and as such, its app store already offers 14,000 applications despite being launched only a few months ago. “We’re doing everything we can to open the device to both developers and consumers,” says Eric Chu, group manager of the Android platform.

In a word, Google’s brand position is “access.”   And, once again, this seems smart.  It fits with Google’s broader brand aspirations “to organize the world’s information and make it universally accessible and useful.”  Just as its programs and apps for computer users are intended to help people communicate and collaborate more easily, Google is working to tear down the walls that segregate and restrict in the mobile app space.

The strength of this approach is its populist appeal.  It has the potential to attract a broader base and use that widespread popularity to squeeze out the followings of brands that are more intense, but albeit more limited in size.

Problems can arise, though, if the brand becomes too unfocused.  By trying to be everything to everyone, there’s the risk of becoming nothing to no one.  Also the brand’s value could be limited if it is perceived simply as a channel.  Without a clear, distinct point of added-value, it could be become a commodity which simply provides access to other brands.

In the end, the point of all of this is not to advocate for any particular strategy.  They all have merit. And there are those who are much more qualified than me to posit which brand is most likely to be successful.  I simply want to suggest two important points about brand strategy that I took away from the NYT article:

Are there other brand strategy takeaways from the mobile app market?  Let me hear your thoughts – comments are open.