Coming off the heels of what appears to have been a successful holiday sales season, optimism about how business will fare in the New Year is understandable.  But I don’t feel comfortable making any specific predictions, so I think I’ll keep this my first post of 2011 a neutral one and simply outline five of the companies I’m going to be watching this year (in addition to my clients, of course): 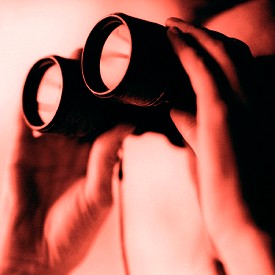 Walmart’s international expansion, continued willingness to sacrifice some loss leaders for foot traffic (see Best Buy write-up below), and new leadership installed last year are reasons to be optimistic about the company’s performance in the coming year.  But potential downsides include continued competition from dollar stores, Costco, and Target with its grocery business expansion.

Of particular interest in 2011 are its plans to open smaller stores in urban areas (see Jayne O’Donnell’s write up in USA Today) — does the brand have the appeal and do company operations have the capability to compete in such a different market? — as well as its online strategy – will it continue the free shipping offer it introduced for the holiday season, and how else can competitive advantage be established when you’re competing against Amazon, the Walmart of the Internet?

Lululemon, the yoga-cum-mainstream-fitness apparel retailer, is hot!  The company had a banner year in 2010, with its most recent quarterly results reporting revenue up 56% from last year to $176 million and gross margin up to 55% from 50% last year.  Analysts including Michael Vodicka of Zacks are quite bullish about the company and the leadership seems to have put to rest questions about sales per square foot in the U.S. vs. Canada being a potential weakness.

It currently has 46 stores in the U.S. and has set its sights on trying to open up to 35 stores next year, which is both exciting and concerning.  Niche brands, particularly retailers, often run into difficulties growing quickly – American Eagle, Cost Plus, and even Krispy Kreme provide unfortunate cases in point.  I hope Lululemon plans and executes it growth wisely.

2010 was a bold year for Domino’s.  Early in the year it launched a campaign in which it publicized that customers thought its pizza sucked and introduced completely reformulated pizzas.  Later it ran a “Show Us Your Pizza” campaign, featuring the chain’s president Patrick Doyle showing a picture of the worst-looking pizza submitted among thousands of photos customers took and vowing to fix it.

The result?  The company posted three consecutive quarters of strong sales growth which beat not only analyst expectations but the performance of its competitors and other restaurants. It seems like Domino’s is on a roll, but I fear this could be a classic case of success coming back to bite.  In 2011, the chain will have to rollover those phenomenal results in an industry which lives and dies by comp store sales.  I’m not sure how much more growth can be generated by a pizza QSR concept, but perhaps Domino’s will show me!

“Shoppers ignored Best Buy Co Inc’s promotion of pricey 3D televisions and other high-end gadgets this holiday season as they chased bargains elsewhere, hammering the company’s profits,” read an ABC report about the electronics giant’s recent drop in sales and lower-than-expected earnings. Meanwhile Walmart and Target seemed to do quite well in holiday electronics sales.

Is this the sign of things to come?  I hope not, and I don’t think so.  The company has been making smart moves elsewhere, including strengthening its gaming business (it introduced a popular game trade-in program last summer) and continuing to build out its Geek Squad support service which mass merchants don’t even try to compete with.  But most analysts aren’t so optimistic, so I guess only time will tell.

Chipotle has broken through the clutter and commoditization of Mexican fast food and developed a loyal following with its Food with Integrity platform.  2011 will be the year the company finds out if the platform can be extended beyond the Chipotle brand.  It recently announced it’s developing an Asian fast-casual concept that is expected to debut mid-year.

Founder Steve Ells explains, “Chipotle is not successful because we serve burritos and tacos.  Our success comes from finding the very best sustainably raised ingredients, prepared and cooked using classical methods in front of the customer, and served in an interactive format by special people dedicated to providing a great dining experience.”  His comments reflect an enlightened perspective on brand extension and I’m eager to see if he’s right.

What companies are you keeping an eye out for this year? Please let me know – comments are open!