My “brands to watch” post was such a hit last year, I thought I’d share who I will be keeping my eye on in 2014.  Some of these brands are sure to grow in the coming year, the future of others is less certain – but I’m pretty sure we’ll be hearing a lot about each of them.


1.  Apple – Ever since Steve Jobs’ passing, Apple has been like a rock climber teetering on a precipice — the prospect of a glorious fall from grace on one side and on the other, the opportunity to scale a steep cliff that could lead to new heights.  2014 is likely the year in which we find out which side the brand ends up on.  The downside is based on shrinking share of PCs and tablets (TechCrunch reports 65% of all tablets shipped next year will be Samsungs, while only 30% will be Apples) and declining share in its smartphone business in China (according to Businessweek).   Anticipated launches of the iPhone 6, the iPad Pro, and the iWatch make up the upside.  And former CEO of Burberry Angela Ahrendts as head of Apple retail with the reported charter to polish Apple’s online stores is the question mark in the middle.

2.  Amazon – Amazon’s march toward retail domination will continue in 2014.  Much of the battle will be fought on the same day delivery turf.  Right now, Businessweek reports that Amazon can reach 15% of Americans with same-day delivery and projects that could grow to 50% soon.  Plus if you’re an Amazon Prime member, the service can cost as low as $3.99.   Competitors including EBay and Walmart are also expanding their same-day offerings, but Amazon has proven it has the patience and cash to fight as long and as hard as is needed.  This, combined with reports that Amazon will be launching a smartphone that incorporates advanced sensors for 3D gesturing and eye tracking input, is sure to make 2014 a newsworthy year for Bezos’s baby. 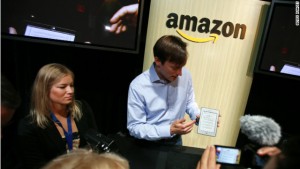 3.  J. C. Penney – 24/7 Wall St. put J.C. Penney at the top of its list of “Ten Brands That Will Disappear in 2014” – but that was before many of CEO Myron Ullman’s changes had been implemented.  Since then, Ullman has restored traffic-driving sales, popular brands that had been dropped, and some employee goodwill.  And just last week he plunked down $1 million on the retailer’s stock, which The Motley Fool says suggests he’s confident in the success of the turnaround.  So 2014 could turn out to be a good news year for J. C. Penney sales, especially since it will be rolling over dismal comps.  But as for its brand image, I can’t say it’s building much equity with aggressive holiday promotions like an offering of jeans for $1.97.

4.  Safeway – Traditional grocery stores rarely pique my curiosity but Safeway may be worthy of some attention.  Its Just for U program has become so sophisticated that it makes points-based loyalty programs seem quaint.  Customers now received personalized pricing offers on their smartphones and soon they’ll receive them in real time.  According to Businessweek, 45% of the grocer’s sales come from program members (up from almost 0% just 2 years ago), so it’s clear the effort is striking a chord with customers.  Let’s see if it grows into a full blown chorus of fans in 2014.

5.  Starbucks – Starbucks was on my list last year because I wasn’t sure how it would do with all the irons it had in the fire.  But so far, the company has been managing quite well – with revenue up 13% in its fourth quarter, along with comparable-store sales up 7% and earnings per share up 37%.  And at least one analyst believes 2014 will prove to be just as successful.  It will be particularly interesting to see how the chain’s lunch offerings fare.  The company is leveraging its partnership with bakery La Boulange to produce chicken noodle soups and barbecue pulled pork sandwiches among other Panera-like offerings and so far, test market customers seem pleased. 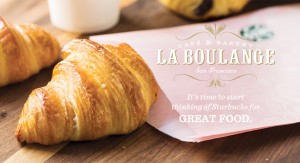 6.  Xbox – Microsoft’s launch of Xbox One two weeks ago was highly anticipated for several reasons:  it was the company’s first console release since 2005, it bumped up computing power 10 times, and it faced stiff competition from Sony’s PlayStation 4 which launched a week prior.   Now that we’re told one million units were sold in its first 24 hours on sale, our attention can turn to the real significance of the launch.  Xbox One has been pitched to the advertising community as potentially revolutionizing media consumption by bringing all content together on a single device and its impact on media is being compared to the iPhone’s.  2014 will reveal if that’s true.

7.  Twitter – 2013 was a big year for Twitter.  In addition to the company’s successful IPO, it purchased Vine and signed several reportedly popular deals with networks and programmers like Viacom, Major League Baseball, Fox, and NBC – including a recent distribution deal with the National Football League.  With 232 million active users and ad revenue projected to top $1 billion, one firm projects 2014 is the year Twitter will go mainstream.   I’m inclined to agree.

8.  Square – Reports that Square, the mobile payments company, may follow in Twitter’s footsteps and do an IPO in 2014 is why I’ll be keeping my eye on this brand.  Well, that, and the company’s list of investors which include stalwart firms like VISA and A-list “angel” backers such as Marissa Mayer and Richard Branson. Not to mention CEO’s Jack Dorsey’s success with Twitter. And then there’s the rumored company’s revenue projection of $1 billion.  And…

9.  Walmart – Just last week, Walmart announced it replaced CEO and President Mike Duke and named Doug McMillon as its new leader.  USA Today reports that McMillon is an insider who’s unlikely to shake things up and that may bring much needed stability in a time when the retailer has come under fire for by labor unions and international scandals.  But if there’s one thing I can be sure of, it’s that 2014 will bring more challenges to the retail industry and all eyes will be on Walmart to see how it fares.

10.  Obama – President Obama’s brand took a huge hit in 2013.  Between the NSA spying scandal, the government shut down, and the Affordable Care Act website snafu and broken promises, it’s no wonder his approval rating was reported to have sunk to 41%, which is the lowest level in CNN polling.  The mid-term elections in 2014 will be the ultimate indicator of Obama’s long-term brand impact.

It looks like 2014 is shaping up to be quite an interesting ride in the brand world. Part of the fun of writing a post like this is anticipating the comments it will spark.  Please do let me know what you think!