the fundamentals of choice

My husband, usually a calm, mild-mannered man, recently experienced something which left him completely frazzled and frustrated – he went to the grocery store.

Usually I’m the family food shopper but thanks to a surgery I had on one of my feet, Chris had to take over some of the domestic duties for awhile.  And, even though I had armed him with a detailed list of the items he needed to buy and gave him a briefing of the overall store layout and where he could locate certain hard-to-find items, he found the assignment overwhelming. 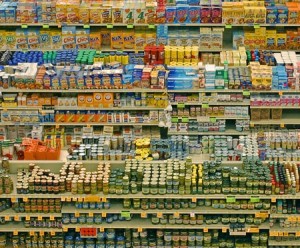 Why?  Because there were so many choices – too many choices.  He found himself completely paralyzed by the 20 different types of orange juice offered by Tropicana, the brand he had already narrowed his selection down to.  He couldn’t navigate through the 10 foot refrigerated case of yogurts to find ones he thought we would like.  He practically tore out what little hair he has left trying to decide on what kind of bread to buy.

Now, I should mention Chris is a highly intelligent Ph.D. who works at a fast-paced, demanding start-up, so he’s no stranger to having to process important decisions thoughtfully and quickly.  But the overwhelming number of choices at the local grocery store was just too much for him.

His experience got me to recall all that I’ve read and heard about consumer choice.

Resources on the topic of choice which stand out in my mind include:

All of these point to the simple fact that too much choice is not a good thing – and yet most marketers seem to ignore this fact. They continue to create new options or variations of existing products all in the name of providing customers more choice.  But is it really customers they’re thinking about when they roll-out the 94th variety of toothpaste or the 116th type of household cleaner?!  I don’t think so.

I believe marketers’ “choice addiction” is actually a reflection of some fundamental business problems.  Here’s what I mean:

– short-termism – These days a brand manager holds his or her job for an average of 18-36 months.  That means brand managers have a pretty narrow window of time to impact the business they’re shepherding.  And it also means they have little incentive to think about the long-term health of the brand.  They won’t be around to deal with the consequences of an oversaturated category or an overextended brand.  And new product variations are among the easiest, fastest ways to drive sales in the short-term.  So they introduce more choices.

– retailer/manufacturer power struggles – As retailers’ marketing prowess has grown, so has the power they wield over manufacturers.  They push them to provide new news and exclusive product, the drivers of retail traffic.  Manufacturers in turn compete for shelf space and prime facings with the tried-and-true weapon in their arsenal, new products. The result of these duels is often a bloated product line-up from a few powerful manufacturers and little true differentiation among offerings.

– customer listening without customer understanding – Everyone is all over “listening” these days.  Even though consumer research has been misused for years, today’s social media tools makes it even easier for companies to think they’re being customer-centric when all they’re doing is listening to a constant stream of random input.

Business decision-makers may think they’re giving customers what they want by answering their demand for more options.  But, as the aforementioned strategy+business piece states, “When consumers say they want more choice, more often than not, they actually want a better choosing experience.”  Truly understanding what people want is hard; designing your business to deliver that is even harder – so most don’t.

I’m pleased to hear about some companies who are employing a different tact in their product line-ups.  According to a recent Economist article (forwarded to me by my new friends at Brand Value Advisors), “Some firms have pruned their ranges to avoid confusing shoppers.  For example, Glidden, an American paint brand, decided in 2009 to reduce its palette of wall colours from an eye-dazzling 1,000 to a mere 282 because of a change in Americans’ priorities from ‘more is better’ to ‘less is more’…”

And just recently the Girl Scouts of the USA announced a dozen councils are testing out a plan to hawk just six different cookies instead of the usual eight in an effort to cut costs and increase revenue.

But moves like these are likely to be short-lived and not more widely adopted unless the underlying business issues which favor more choice over less are addressed.  It’s not simply enough to “Stop the madness!,” as my husband declared upon returning from his exhausting grocery store outing.  We need more fundamental changes to the way of doing business.