A Brand Strategy for the Republican Party — and Your Business Too

The 2015 mayoral election season is upon us and many people may be considering the political strategies of the Democratic and Republican parties. This four-part piece applies a business lens and explores the parties’ brands in a way that reveals implications for all organizations.  (Please note this is not a political post and not intended to reflect my political leanings — this is strictly a business post and is solely intended to advance the conversation about brand strategy.) 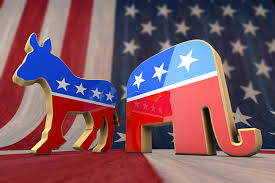 Part One: The Problem with Separating Brand from Product

The 2014 midterm elections seemed to serve as a referendum on the state of the brand of the Republican Party. Depending on their political leanings, people used the outcome to declare its resurrection or to call for its evolution. But what has changed isn’t so much what the Republican brand stands for as much as how the brand is – and should be — used in elections. The changing role played by both political parties as brands in elections provides insights for the way companies use and evolve their brands.

The call for changes to the Republican brand skyrocketed after Rand Paul bashed it in a campaign speech saying, “The Republican Party brand sucks and so people don’t want to be a Republican.” Later when CNN’s Candy Crowley interviewed Paul about his declaration, she asked, “The problem is that the [Republican Party] brand is the brand. The product is something else…Is something wrong with the GOP product?’”

Crowley’s question revealed a fundamental problem in the way the Republican Party brand is currently used. As it stands, the party brand can’t be separated from the candidates who run under its banner nor from the policies it promotes. And this is not only a problem for the GOP. As much as many Democratic candidates wanted to distance themselves from President Obama during the midterm elections, they were unable to because the Democratic Party brand is so intertwined with the high profile personalities like Obama and Hillary Clinton who have become its face.

This calls for a reconsideration of political parties as brands.

Subscribe to my feed so you don’t miss tomorrow’s post: Part Two: Driver Brands Drive Decision-Making. I’ll introduce different roles that brands can play and how the options would play out for political parties.