chisa needs it only on the ends

I may be dating myself with this headline, but I’m hoping at least a few of my readers remember those Silkience hair care commercials from the 70’s because it helps make an important point about targeting.

You see, back then Silkience was marketed as a “self-adjusting” hair care brand and its popular commercials featured three women with different hair care needs. (I haven’t been able to find the actual spot that includes the “Chisa” line, but this is a good representation the campaign.) 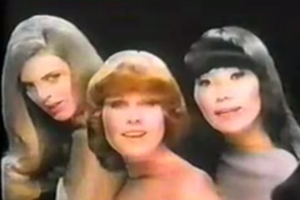 Silkience worked, one ad claimed, by scientifically pinpointing where each woman needed conditioner – the blond needed the product at her roots, the brunette needed it all over, and Chisa, the Asian woman, needed it only on the ends of her hair.

If the trio seems to typecast women and be as stereotypical as Charlies’ Angels, I’m sure the spot got its inspiration from the show – and that’s the point. The ad, which was perfectly acceptable back then, would be too politically incorrect by today’s standards.

In the current hyper-inclusive, don’t-want-to-offend-anyone culture, a spot that dares to point out people’s special needs based on their ethnicity seems insensitive at best, racist at worst. And it’s not just ethnically-targeted efforts that marketers shy away from. Many companies avoid explicitly targeting men out of fear of offending women, older consumers out of fear of turning off younger ones, low-income families out of fear of alienating the more well-to-do.

Marketers don’t want to seem exclusionary, so they dilute their messages and stay away from media, locations, sponsorships, and any other signals that seem overtly discriminating. The problem is, by not clearly appealing to a single target, a brand loses its distinctiveness and draw.

On the other hand, a clearly targeted message and offering resonates with the intended customers and attracts them like a lighthouse to the brand. Bloomberg BusinessWeek has reported in recent months on three companies that are effectively using an exclusive target to differentiate their brands:

The stores have wider aisles and larger dressing rooms to meet the needs of a, er, growing customer segment. High ceilings, track lighting, and hardwood floors, combined with a broad selection and higher quality brands attract large men who’ve been turned off by the cheap products found in mass merchandisers and the stigma of shopping at the end of the rack at department stores.

A BusinessWeek article reported that the NPD Group says, “A generation ago few male shoppers defined themselves by body type; now more than half of U.S. men self-identify as big, tall, or short, and they’re more willing to be marketed to as such.”

In a full embrace of this shift, Destination XL plans to open 50 stores this year. And they leave no doubt about it – the chain’s tagline: “A World of XL has arrived.”

2.  The Tropicana hotel and casino in Las Vegas. The casino’s owners, Alex Yemenidijian and Gerald Schwartz, who rescued the failing property from bankruptcy and bedbugs, have re-designed it to be “the best damn pretty good hotel on the Strip,” according to BusinessWeek.

Instead of rebuilding the property with luxury boutiques, celebrity chefs, and headlining entertainers, they went “full middlebrow.” The casino features a Las Vegas Mob Experience interactive museum, $5 blackjack tables, and shows from performers like Gladys Knight. The Tropicana unapologetically targets the market that Yemenidijian says is “between the low end and the snob…the vast majority of the country.”

Occupancy rates and customer reviews are up, since this approach to attracting a distinct crowd stands out in the sea of Vegas sameness and fills a real market need.

3.  Megabus, a “Chinatown bus”-style provider of transportation for young travelers on a budget. With its street-side pickup, express travel between midsized cities, cut-rate fares, and on-board Wi-Fi, MegaBus has cracked the code in appealing to a particular segment of the traveling population.

The company’s operating model is ideal for the 18-34 set, many of whom rely on the service during breaks from college for transportation home or to explore the country. Three-quarters of MegaBus riders fit that demographic.

BusinessWeek reported that analysts concede MegaBus is too down-market to draw business travelers or to go fully mainstream, but with ridership expanding 48% in 2010, the company’s focus doesn’t seem to be limiting. And, if social media chatter is any indication, it’s become quite the popular choice among its target.

BusinessWeek claims Megabus and its parent company Coach USA “have fundamentally change the way Americans – especially the young – travel, so much that they may help kill plans for new railroads.”

Obese men, middle America, and college students on a budget may not seem like attractive target segments — but as these companies show, it not only makes sense to go after them, it pays to be absolutely clear about your intentions.