On the day of the first Presidential debate, I thought it might be helpful to look at the Presidential contest through a brand lens.

To be sure, the thought of linking politicians and brand strategy isn’t original.  I’ve previously written about brand platforms being like political ones and Harvard prof Jill Lepore recently wrote a piece in the NYT about Mitt Romney using an “underdog brand biography.” 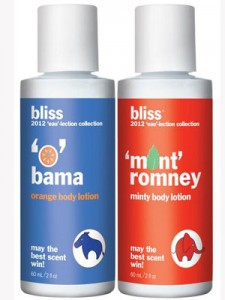 The brand perspective that seems most appropriate at this point in the Obama/Romney fight is that of Romney as a challenger brand.  The concept of challenger brands was first introduced by Adam Morgan in Eating the Big Fish:  How Challenger Brands Can Compete against Brand Leaders (it’s one of my favorite brand books.)

Adam explains that a challenger brand is a “number-two or number-three brand who is up against a much bigger and more muscular brand leader – the Establishment Brand.”  Think Avis (whose “We’re number two, so we try harder” themeline probably most overtly articulated the concept) and Virgin (which selects businesses to enter based on whether or not there are entrenched category leaders that needs to be taken down).

My intent here is not to argue politics, so please don’t interpret my remarks as advocating for Romney.  It just seems to me that since Obama is the sitting President and the latest poll shows he is leading in the swing states by more than 10 percentage points, Romney is a challenger Brand – or at least he should view himself as one.  Which actually brings me to my point.

Adam outlines the following three criteria for a challenger brand:

I’m not talking policies – Romney has made it clear he wants to challenge the status quo on taxes, spending, foreign relations, etc.  But in the campaign itself – politics’ version of marketing – it seems like he’s been using the same playbook that most candidates do:  stump speeches, TV ads, robocall campaigns, and typical fundraising parties.

Certainly this strategy is working for him.  His joint fundraising operation with the Republican National Committee and other party committees has amassed an impressive bank account (by some accounts, $60MM more than Obama who is a master fundraiser himself).  And he remains in a statistical tie with Obama in nationwide polls.  Perhaps it’s this success that has kept him from pursuing less conventional approaches.

But to push ahead and “eat the big fish”, it seems Romney needs to adopt a challenger brand strategy.  Adam explains that the circumstances surrounding challenger brands require “a different kind of marketing altogether.”  They need to deal in the powerful currencies of “curiosity, desire, and reevaluation.”  Not just desire, but intensity of desire, Adam says – the kind that gets people to tattoo their brand logos on their bodies.  They need to create an emotional identification, a strength of belief in the brand, a sense that they are the ones to watch.

There are eight marketing strands that challengers seem to share according to Adam, including breaking with your immediate past, building a lighthouse identity, and over-committing.  Perhaps the one that seems most important for Romney to examine is:  Create symbols of reevaluation.   Challengers use symbols to “jerk the consumer out of what they expect the world to be like, with the objectives of generating salience and reevaluation.”

Examples include Jack in the Box’s new “CEO” whose ad campaign promising change was somehow more believable because he was a clown in a business suit, big round white head and all. And Apple’s famous 1984 commercial which ran during the Super Bowl.  And Land Rover’s print ad image of the truck covered in mud at a time when pristine images were the norm.

Not all symbols of reevaluation are executed in advertising.   Jet Blue’s offering of leather and TVs at each seat clearly made a statement that the company offered an entirely different flying experience.  Sega’s introduction of Sonic as a hard-charging, fact-moving hedgehog icon challenged Nintendo’s childish plumber and symbolized the brand’s new attitude toward video games.

Perhaps the most notable example Adam provides shows the power of combining tangible differentiation with stand-out communication.  When Swatch launched in Germany, it constructed a gigantic, fully operational Swatch watch.  It was 500 feet tall and suspended from Frankfurt’s tallest skyscraper.  On the watch was “Swatch.  Swiss. DM 60.”

This was not merely a publicity stunt.  “It broke the myth,” Adam explains, “that all Swiss watches were luxury products that took themselves overseriously…and it communicated a price that had never been associated with Swiss quality before.”

If Romney wants to “eat” Obama, he needs to do something as equally attention-getting and provocative.  I don’t know what that would be, but it needs to symbolize that things are going to be different.  As Adam says, “the most powerful symbols are those of inspiration:  flags to rally around and an enemy to march against.”