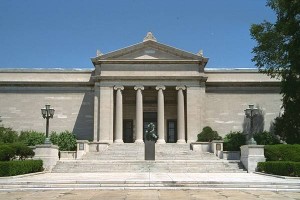 , suffering from declines in both financial reserves and perceived relevance, are making some drastic changes in order to pull themselves up by their proverbial bootstraps.  As I read the analysis of three museum’s attempts to reinvigorate visitor and donor interest, I couldn’t help but infer some advice for retailers.

The article explains, “…passivity is no longer an option. Savings disintegrate; benefactors die or look elsewhere; people forget that museums are there and what they are for. Reality issues an order: do or die. Several of our veteran museums are doing by undoing: loosening up the rigid values and temple-of-art models that shaped them, and replacing these with a new ‘people’s museum’ model, unsacred in atmosphere, fluid in values, with complicated answers to the question of what museums are.”

We’re all too familiar with the same kind of do-or-die edict that has been issued to certain retailers.  Performance analyses of Macy’s, Sears, and the Gap are littered with phrases “plummeting sales,” “worst season ever,” and “continued downturn.”  While these and other struggling retailers have not demonstrated the passivity that the NYT accuses most museums of, today’s dire sales results do seem to call for retailers to re-think their missions and answer their reason for being.

Perhaps retailers would do well to learn some lessons from the highlighted museums:

Perhaps retailers might want to re-think the layout of their stores — perhaps apparel stores would consider putting accessories (aka lower-priced, more accessible items that might draw people into the store) closer to the front — or maybe displaying collections by usage occasions or body type instead of styles or designers?  I realize certain merchandising practices are proven winners and others taboo, but perhaps a few rules are worth breaking?

Instead of thinking about their purpose solely in transactional terms, perhaps retailers should think about how they might educate, engage, or entertain their customers.  Grocery stores in particular could do a lot more with their customer experience if they took off their blinders and re-considered what value they could provide.  Perhaps opportunities to engage customers in healthy lifestyle content or cooking inspiration might prove fruitful?

Many discounters have done a disservice to themselves by trying to emulate the design focus of Target or the pricing strategies of Wal-mart.  Why not carve out a different space to own?  Providing more local offerings, targeting aging Baby Boomers, and specializing in a few choice categories are just a few ideas of ways discounters might zag while others zig.

Based on NYT’s analysis, it seems a few museums have set out to change their fate by challenging conventions and thinking outside the box — I encourage retailers to display the same courage and boldness.