We’re in the midst of a four-part series, A Brand Strategy for the Republican Party — and Your Business Too.  (Once again, I want to be clear that this series is not intended to promote my political views; rather I am trying to advance the conversation about the role of brands.)  Part One: The Problem with Separating Brand from Product revealed a fundamental problem in the way political parties function today. Currently, the brand of a party can’t be separated from the candidates who run under its banner nor from the policies it promotes. A reconsideration of political parties as brands was discussed in Part Two: Driver Brands Drive Decision-Making. When it comes to elections, a political party certainly doesn’t – and shouldn’t — function as a “driver brand.” So, neither a “branded house” nor a “house of brands” approach to the role of a political party brand makes sense. 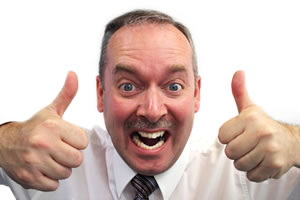 In their book, Brand Leadership, David Aaker and Erich Joachimsthaler introduce a variation to a house of brands — the “endorsed brand” approach. In this brand relationship, the product brand is operated independently but is endorsed by another brand, usually the organizational brand. The hotel company Marriott uses this approach, with Marriott as the endorser brand for its hotel chains, e.g., Courtyard by Marriott and Marriott Residence Inn. It’s an effective alternative because an endorsement by the organization brand provides credibility and substance to the offering but the endorser does not play a driver role.

In elections these days, it makes the most sense for political parties to operate as endorser brands. Political parties may continue to play driver roles in lobbying, fundraising, government organization, and election regulation, but during elections, most candidates only need or want a modest connection to a political party.

As endorsers, the brands of political parties would be known more by their values vs. specific policy positions or supported legislation. For example, the Republican Party has its “Principles for American Renewal” which include values such as “SECURITY — Keeping America safe and strong requires a strong military, growing the economy, energy independence, and secure borders” and “CONSTITUTION — Our Constitution should be preserved, valued and honored.” Values such as these distinguish it from other parties but are high level and broad enough to be interpreted and represented by different candidates in different ways in different situations. As an endorser brand, party signals some level of standardization and affiliation, but it is not critical to a candidate’s identity.

So what does this have to do with business and the management of organization brands, product brands, and brand portfolios?

Check back tomorrow for the final installment in this series, Part Four: The Roles of Brands in Businesses. The post will introduce two implications for your organization’s brand strategy.