Who knew my recent column in Adweek about taglines would have sparked such interest?! The piece, in which I share my perspectives on the changing role and nature of taglines, prompted many people to comment and share their own insights. 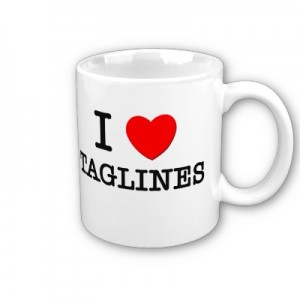 Here is a sampling of the reactions:

–  The column headline, The Death of the Tagline, really set people off.

Note to readers:  These comments were frustrating and funny to me at the same time because the original headline for the piece was “Taglines Are Dead…Long Live Taglines.” We also looked at the headline “Taglines Disrupted.” What we accomplished by changing the headline to “Death of the Tagline” (getting people’s attention!), we lost in representing the full POV of the piece.

Note to self:  Some people only read headlines

–  But some people did indeed read beyond the headline and had this to say about taglines’ demise:

Q2: Is the advertising tagline dead? What will replace it? http://t.co/fMp7YSIsyx By @deniseleeyohn. #BareItAll @DabneyPorte

–  Several comments suggested that hashtags are the new taglines:

–  I learned a lot from the comments that talked about the important distinction between taglines and brand descriptors or brand lines:

–  Others shared the perspective that taglines serve an internal purpose in addition to enhancing external communications:

I like when a tag line describes the use “@deniseleeyohn: is the tagline dead? @Adweek http://t.co/UiCF2D9ddG #taglines #thinkdifferent”

I’m so glad so many people engaged in this conversation (thanks for all the RT’s — and a special shout-out to Velocidi which wrote a whole post in response:  http://www.velocidi.com/blog/15-minute-mornings-death-of-the-tagline/) – and I hope it continues!