Brands to Watch in 2018 Midyear Update

How are brands such as Amazon, Facebook, Tesla, and Salesforce doing?  These brands were among those I had flagged last December as “Brands to Watch in 2018,” my most popular post of last year.  Given that a very eventful six months have passed, it seems appropriate to provide updates on how these “brands to watch” have been faring.  In this post, I take a look at these and several other brands that have made the news in recent months: 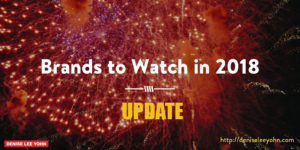 AMAZON.  Keeping track of the number and scale of developments at Amazon in the last six months has been dizzying.  It announced a new healthcare venture with Berkshire Hathaway and JP Morgan and just named its first CEO; it offered and then expanded discounts to Prime members at its newly-acquired brick and mortar Whole Foods Market stores; after revealing it had over 100 million Prime members, it raised the subscription monthly fee from $10.99 to $12.99; it announced it is testing a new delivery service that would rival UPS; it acquired smart home company Ring; it introduced a new service in major U.S. cities to deliver packages to customers’ car trunks for free; and it just opened up to all customers its try-before-you-buy Prime Wardrobe service.  I’m sure I’m missing a few updates and these are only from Amazon’s e-commerce business, but you get the point — Amazon continues to disrupt every area of business.

FACEBOOK.  In the first half of 2018, Facebook faced its biggest crisis in its 14-year existence.  It was revealed that Facebook had improperly shared users’ personal data with Cambridge Analytica, a digital consultancy with ties to the Trump campaign, during the 2016 election season.  We ultimately learned that more than 87 million people were affected.  CEO and founder Mark Zuckerberg ended up testifying before Congress.  And it appears that he and Facebook may still be in the hot seat over Russian meddling in the election.  But the company’s performance doesn’t seem to have been affected by the crisis.  Users may be changing the way they use the platform, but they continue to use it and more people continue to join them — Facebook stock just rocketed past $200, an all-time high.

JCPENNEY.   In May, JCPenney CEO Marvin Ellison abruptly resigned his post to go to lead the home-improvement retailer Lowe’s.  Many took his departure as a signal of a lack of confidence in the company and in the department store sector in general.  And in my ” Brands to Watch in 2018″ post, I wrote that there seems little JCPenney or any department store can to do offset the sad fact that they’ve have lost their reason for being.  With its stock lingering in the $2-3 range, I may have been right about JCPenney — but Macy’s seems to be proving me wrong on the sector.  That company recently reported 3.9% comparable store sales growth and its fourth straight quarter of positive earnings in Q1.  So perhaps the “M” brand in my list should have gone to it — but it didn’t…

MODEL 3 by TESLA.  I designated the “M” to one of Tesla’s models because I thought we should monitor whether or not the popularity of the Tesla brand would carry it through the negative sentiment generated by the extraordinary delivery delays it had been experiencing on the Model 3.  But it turns out Tesla claims it made 6,000 cars in June, which means it had produced a total of 30,000 for the year so far, so the company seems to be improving and investors are pleased.  They’re probably also pleased by the recent company announcement that it is laying off 9% of its workforce.  Meanwhile, founder and CEO Elon Musk has been fanning the flames of anticipation for the brand’s new Roadster model, posting tweets about a possible a “SpaceX option package.”  And reports have surfaced from folks having seen tests of the company’s semi truck prototypes on the road.  So Tesla may be out of the woods for now, but the rest of the year will still be telling about the brand’s future.

NIKE.  Last December my report on Nike was about its strategy to turnaround sales and share losses.  Little did I know that a few months later, nine high-level company executives, including Trevor Edwards, president and the presumed successor to replace CEO Mark Parker, would be forced out of the company amid mounting complaints of sexual harassment and a toxic workplace culture.  It appears, though, that Nike as a brand remains strong and its stock has already climbed 18% in 2018, compared with 2% for the S&P 500.  How Nike fares by the end of 2018 may largely depend on the World Cup which is currently underway and the competition between Nike and Adidas which is as fierce as the battles between teams on the field.

SALESFORCE.  In the Brands to Watch in 2018 post, I had written “Salesforce is on a roll,” and I predicted the company would close its fiscal year with revenue above the $10 billion mark.  The exact figure ended up being $10.48 billion, which is a 25% year-over-year gain.  The company has continued its upward trajectory with its rollout of an integrated service with Google’s Analytics 360; its largest-ever acquisition ever at $6.5 billion of Mulesoft, a platform for integrating data across multiple applications;  and its purchase of $100 million shares of the soon-to-be-public Dropbox.  Plus, the company opened its new headquarters Salesforce Tower which is the tallest building in San Francisco.

UBER.  Dara Khosrowshahi, Uber’s new CEO, has wasted little time in initiating turnaround efforts at the company.  Uber bowed a branding campaign in the U.S. including TV ads featuring Khosrowshahi promising a better culture for employees, drivers, and passengers — and it announced plans to spend up to $500 million this year on ads intended to salvage its image.  Meanwhile he hired the company’s first chief diversity and inclusion officer and is looking to fill key executive positions, including the CFO role which has been vacant since 2015 and a new CMO to replace its former head of brand Bozoma Saint John who departed amid rumors of tension with other executives.  He also confirmed he is looking to take the company public.  We can expect even more newsy developments in the back half of the year.

WALMART.  Back in December, I observed that Walmart was firing on all cylinders and its purchase of a majority stake in India’s e-commerce company Flipkart earlier this year serves as yet another example of its aggressive competitive moves against Amazon.  You see, Amazon has identified India, the world’s second-most populous country, as the emerging international market of the future that it must win.  Other developments in Walmart’s flight against Amazon  include efforts to elevate its brand image such as the test of a new concierge service, JetBlack, and a new online partnership with Lord & Taylor to open that brand’s flagship online store on Walmart.com.  I continue to believe what I previously wrote:  “In this ongoing competition, the customer will win — and get quite a show.”

There will certainly be much more news to report on in December in the yearend update on Brands to Watch in 2018 — and of course I will also introduce a new crop of Brands to Watch in 2019 then.  Subscribe to my blog updates, so you can get notified as soon as these and other fresh posts are available.