Southwest Airlines Shows How to Grow

There was a lot to celebrate at Southwest Airlines’ annual shareholders’ meeting last week.  The company was riding high after reporting net income in Q1 2014 doubled to $152 million and passenger revenue per available seat mile, a key performance metric for the airline industry, rose 3.5%. . 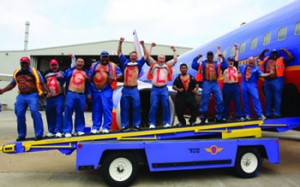 These kinds of results are not surprising for a company that has been profitable for 41 consecutive years.  How has Southwest managed to turn in such consistent profitability?  It practices a very unique approach to growth.  Here’s how Jim Collins describes it:

From 1990 through 2003, the U.S. airline industry as a whole turned a profit in just six of 14 years. In the early 1990s it lost $13 billion and furloughed more than 100,000 employees; Southwest remained profitable and furloughed not a single person. Despite an almost chronic epidemic of airline troubles, including high-profile bankruptcies of some major carriers, Southwest generated a profit every year for 30 consecutive years.

Equally important, Southwest had the discipline to hold back in good times so as not to extend beyond its ability to preserve profitability and the Southwest culture. It didn’t expand outside Texas until nearly eight years after starting service, making a small jump to New Orleans. Southwest moved outward from Texas in deliberate steps — Oklahoma City, Tulsa, Albuquerque, Phoenix, Los Angeles — and didn’t reach the Eastern Seaboard until almost a quarter of a century after its founding. In 1996 more than 100 cities clamored for Southwest service. And how many cities did Southwest open that year? Four.

At first glance, this might not strike you as particularly significant. But stop to think about it. Here we have an airline setting for itself a standard of consistent performance that no other airline achieves. Anyone who said they’d be profitable every year for nearly three decades in the airline business — the airline business! — would be laughed at. No one does that. But Southwest did. Here also we have a publicly traded company willing to leave growth on the table. How many business leaders of publicly traded companies have the ability to leave gobs of growth on the table, especially during boom times when competitors do not leave growth on the table? Few, indeed. But Southwest did that too. [emphasis mine]

In the research for my book, What Great Brands Do, I found that exercising the discipline to say “no” to seemingly attractive growth opportunities is a defining characteristic of great brands.  I also found that great brands rely on their brands to help them make these tough judgment calls, committing to preserve their core identities at all costs.  They establish a clear and focused brand identity and use it as a compass to navigate the flowing waters of opportunity and chart a course toward sustained growth and profitability.

My latest QSR Magazine Brand New Perspectives column introduces two methods for drilling down to your core brand identity:  Brand Documentary and Brand Obituary.  Please check out the article here, give the tools a try, and let me know how it turns out.

P.S.  If you’d like to learn about other distinctive characteristics of great brands, check out my new bestselling book,  What Great Brands Do: The Seven Brand-Building Principles That Separate the Best from the Rest.