New Rules of Customer Engagement in 2016

The start of a new year provides an excellent opportunity to reconsider old ways and adopt new practices.  With that in mind, I’d like to suggest three new rules of customer engagement in 2016 for marketers. 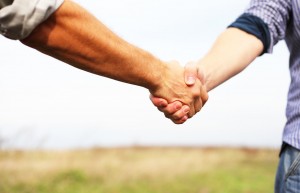 These new rules of customer engagement are actually inspired by a rather unpleasant experience I had right before the holidays.  I spoke at an event that was held at a hotel being picketed by a labor union.  (I’m not naming the hotel or the union, as I don’t want to give the picketers the benefit of any exposure — but I do think it’s important to note that hotel employees were not participating in the activity.  Actually I was told by one of the employees that the union had taken it upon itself to call for organizing at the hotel and that employees wanted the union to go away.)

Apparently union participants had gotten my name from the event speaker roster, and in the months leading up to the event, had left voicemails and sent emails telling me to cancel my engagement — they even Twitter-bombed me with messages slamming me for crossing the picket line.  At the event itself, picketers harassed me as I entered and exited the hotel and made so much noise outside, it was difficult to have a conversation in the lobby.

In the end, though, the picketers in no way persuaded me to support their cause.  In fact, their tactics caused me to distain them and unions in general, thus producing the exact opposite result they desired.

As I reflected on how ineffective their approach was, I realized marketers can be guilty of the same mistakes.  Instead of attracting people to our brands and persuading them to buy what we’re selling, sometimes our efforts end up alienating the very people we seek.  We may not be Twitter-bombing and yelling at people, but even our good intentions sometimes miss the mark.  Whether or not we like to admit it, marketers still have a lot to improve in the way we engage customers.

With the aim of influencing people in ways that they welcome and value, I offer these three new rules of customer engagement for marketers to adopt in 2016:

Use a personal appeal, not a generic message.  Customers want — and expect us — to know them personally and to tailor our outreach and engagement to them.

The union’s voicemails and emails to me amounted to little more than an general announcement that the hotel was involved in a labor dispute and that is why I should cancel my engagement.  Imagine how much more effective their appeal would have been had they tailored a message to me that said something like, “We know you speak and write on brands and corporate culture and our efforts are intended to ensure the hotel is living up to the promises it makes to its customers and employees…”

Many marketers miss the same opportunity.  We still send generic emails, mailers, catalogs, and other collateral to customers, even in this age of prolific customer data, predictive modeling, and sophisticated targeting capability.  If we think simply using a customer’s name on a piece of communication makes it personal, we need to think again.

We need to tailor our appeals and personalize our offers.  This past holiday season, one credit card company sent me a generic “Happy Holidays” greeting, while American Express sent me a message saying “It looks like you’re going on an international trip.  Here are a few things you should know about using your credit card while you travel and here’s what we’ve done to make it easier to do so…”  Bet you can figure out which credit card we used during our trip!

Unless messages resonate personally with people, they’re unlikely to be noticed, much less remembered and acted upon.

Invite people into a relationship, instead of interrupting what they’re trying to do.

When the union picketers blocked the hotel entrances and exits, not only did they get in my way but also they caused me to withdraw from them. When I saw their tweets invading my Twitter stream, I just stayed away from the social network until they went away.  They could have sent me a message asking if they could set up a time to talk about their mission and I probably would have responded positively — but instead of inviting me into a dialogue, they interrupted me.  Instead of engaging me on my terms, they tried to force themselves on me.  Sound familiar?

It’s been over 16 years since Seth Godin contrasted interruption vs. permission marketing but sometimes it seems marketers have yet to learn the lesson.  We may have become better at using mass advertising more strategically and baiting people to give us their attention, but we’ve turned to other tactics that are just as wasteful and annoying as previous tactics — sign-up pop-overs and pop-ups, automatic app notifications, multiple emails in one day, etc.   A supplier recently sent my husband a calendar for the new year — but what initially seemed like a thoughtful, useful gift ended up being a nuisance (and an item in the trash can) because the company’s logo and propaganda was plastered over every month’s design.

Because there are so many ways to connect with our customers these days, we need to be even more careful about how we do so.  We need to ask them how — and how often — they want to be engaged.  We shouldn’t assume they want to hear from us, or make it difficult to ignore us, or force them to give us contact information in exchange for something they want.

People have to like us before they will buy from us — that’s why considerate invitations are far more effective than intrusive interruptions.

Make customers the hero — respect them, don’t shame them.  There’s a reason why the line by Jack Nicholson’s character from the movie As Good As It Gets, “You make me want to be a better man,” was had such an effect on Helen Hunt’s character.  People want to be inspired — and just like other people, many brands can help people reach their aspirations.  But we can only do so if we show them respect and support.

At the hotel, I watched in disbelief as the union picketers shouted “Shame on you!” to a man as he walked by them.  I’m unsure what he had said to them, but I’m pretty sure their taunts were uncalled for — and ultimately, they were unsuccessful.  The picketers didn’t get anywhere by trying to make the guy feel badly — and we won’t make any headway with customers by making them feel badly either.  We shouldn’t make them feel they have a problem they should be ashamed of, they’ve made poor choices in the past, or they’re stupid if they don’t use our products.  But, far too often, marketers use humor or not-so-subtle cues that do.

Moreover, instead of positioning ourselves as the center of the story, we should make customers the hero.  We may make them better, stronger, faster, sexier, smarter, more successful, whatever — but it’s all about them. This requires more than just making statements about product benefits vs. attributes — it involves understanding our customers’ highest aspirations and showing how our products support them.  IHOP’s recent ad featuring a surprise reunion between a single mom and her appreciative kids is an exemplar of this approach.

We should help people feel good about themselves — whether or not they buy from us.

I realize these new rules are not really “new.”  They are timeless truths, but they’ve become even more important in today’s marketing landscape.  And the dawn of 2016 is an excellent time to revisit and double-down on them.  Let’s hold each other accountable for living by them. Are you in?!!