A couple of weeks ago the Times ran a terrific article by Brooks Barnes on Marriott’s aspirations for brand evolution. 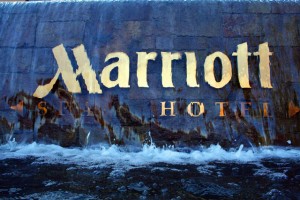 “But It Doesn’t Look Like a Marriott” described the challenges that the nearly 100 year old company is tackling as it tries to evolve from “boring” and “dependable” to “cool and current.”  It wants to be “as strong with the X’s and Y’s as we are with the boomers,” its CEO Arne Sorensen explains.

Based on the write-up, it sounds like Marriott is being very smart about the change.  Here are three things it’s doing right:

Overall it seems Sorenson has taken a careful, balanced approach to the evolution.  He seems to respect the legacy of the Marriott brand while pursuing changes that will ensure it lives on.  Apparently Sorenson and J.W. Marriott Jr., the 81-year-old chairman of Marriott International and member of the founding family, complement each other in the evolutionary process.

“Are we moving too fast? Are we undoing things that are sacred?” [Sorenson] added: “I’ve reached out a few times, and in every instance [Marriott] has said, ‘I love it, and you should go faster.’ He understands that the company needs to evolve.”