John Havens on the Happiness Economy

In a piece on Mashable called The Value of a Happiness Economy, John C. Havens wrote about companies “learning to leverage well-being in the form of corporate social responsibility known as shared value.”  It was such a compelling vision that I asked John to share more with us. 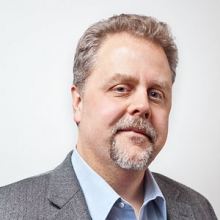 So today he joins us to talk about:

John is EVP, Strategy and Engagement at Yoxi.tv, a media strategy agency.  He is co-author of the book Tactical Transparency: How Leaders Can Leverage Social Media to Maximize Value and Build Their Brand and is regular contributor to Mashable.  Follow John on Twitter @johnchavens and reach out to him at john@yoxi.tv.

Hello. John Havens, the augmented reality and social media thought leader recently wrote a piece on Mashable called “The Value of a Happiness Economy”, and he made a lot of points that I found interesting and quite provocative, so I’ve asked him to be with me today to talk about it.  Now, before I welcome John, here are a few things you might want to know about him.  He is currently executive vice president strategy and engagement at Yoxi TV, a media strategy agency, and before that he headed up social media at Porter Novelli.  He wrote the book, “Tactical Transparency”, way back in 2008, when companies were just discovering the power of social media, and now, once again he’s on the leading edge of thinking as it relates to the economics of happiness.  So, hi John, it’s great to be able to interview you today.

John:  Hey Denise, thank you so much for having me.

Denise:  So John, tell us, why has happiness gotten so much attention lately?

John:  There’s a number of reasons.  Probably the biggest is that the United Nations held an event back in April of this year, after for about a year, asking for work and contribution of studies on the ideas of happiness.  So, most of the more global attention that’s come, really, in the past few months was because of that UN event.

Denise:  And, so, can you say more about the event and maybe what was, what was learned or what were some of the outcomes of that?

John:  Sure.  So, most people, and this is myself included, you hear happiness and you think of the idea of happiness.  So, that means, you know, I like ice cream, right?  But, obviously happiness is very subjective, and you and I would have different things that would make us happy.  The United Nations focus was based on a country called Buton. Buton has metrics of happiness that are actually focused on well being.  So, well being, most people think there’s about ten metrics of well being that correspond to things that have hard measures.  So, for instance, well being, there are well being metrics for economy, for environment, which doesn’t just mean how the environment near you is thriving, it also means, do you have time as an individual to spend in the environment and do you have, you know, nature nearby, and then things like community, which is do you have a safe community?

So these different metrics have hard stats to them, so, for instance, one that a lot of people talk about, there’s the numbers in the US, $75,000 is an annual salary for a families combined income.  Going under $75,000, you can see exponentially, depression rates going up. Salaries above $75,000, even into the billionaire mark, you can’t necessarily find people becoming, quote, happier or having a higher well being, just because they’re making more money.

John:  So a lot of the work of Buton has been, and now the UN, and there are now countries like the UK, and then states and cities like Seattle and other cities, that are doing different types of happiness initiatives where it starts out typically with a survey of an entire community or town, or city, or area, to measure these different metrics. That gives a starting point to say, you know what, in Seattle, there’s a great balance towards the environment, people are very environmentally focused, but there’s not as much focus on education.  So it’s really a bellwether to say how is this community, and then as you combine communities that  make a city and combine cities that make a nation, versus say, a gross domestic product, a GDP measure which doesn’t factor in things like the value of an education,  or the value of an education for an entire country.

John:  So the logic here, the UN is saying, these are the things we need to focus on, as to move forward, to actually change economies, not just the ideas of people’s happiness.

Denise:  Right.  Right.  So, what is the, what is the brand implication.  Like, how do companies tap into this interesting well being?  How can they use some of the stats and metrics that you’re talking about?

John:  Well, probably the one that has the most data around it, is that employees, especially younger employees, millennial and younger, want to work at companies that have some kind of social purpose to what they do.  So, why I bring that up is that, you know, in the past, for lack of a better term, that feels kind of squishy, you know, like, corporate social responsibility, when a brand is involved with a philanthropy or a charity, it sort of used to be, and I’m being general and hyperbolic for the sake of your question, you know, a lot of times, a C suite level person would have some kind of life changing event, they won a trip to Africa, and then they take on initiatives very personal to them, which is great, right?

Now these ideas, and this is part of the Mashable series that I’ve been doing on online influence, and this is the last one, The Value of a Happiness Economy, one whole article I wrote was on the ideas of involved corporate social responsibility and these ideas of shared value.  And what shared value means is that, instead of just having, and there’s nothing wrong with philanthropy or charity, but instead of a business saying let’s adopt this cause that we’re interested in, it’s a larger strategic viewpoint, from really a sense of marketing idea to say, “here’s how we’re going to drive the strategy or organization based on shared value which means, a larger kind of sense of social good or social purpose, but, based on what our business is about.”  And, so, I’d say all of that, with regards to happiness, there’s hard metrics showing that employees will only work at a place that’s demonstrated that they have a larger sense of social purpose.  By larger sense, it’s something where there is, it’s kind of baked into an organization versus kind of satellited on for corporate social responsibility, so, long answer is to say that, initially, for lack of a better way to put it, am I going to be happy working at a brand that does not have some sense of social good, and so, while a brand wouldn’t say, we’re a happy brand to work, at least yet, they could; if they were about to measure, here’s these ten metrics of well being as they apply to our organization.

Denise:  It strikes me, listening to your description, that it really is transforming the way companies would think about their value, and the value they’re creating. That it’s not just financial value but it is a, an emotional value and a well being value that is as important, if not more important, than the, than some of the more traditional metrics.

John:  That is exactly right, I mean, and again this is, by no means to be pejorative to the more traditional aspects of corporate social responsibility, which usually, typically involve clients and what have you.  But, when you think about, so shared value for a company means, from the core of what we do as an organization, and by the way, the thought leaders, whether you like all the practices or not, in these areas are people like IBM, Wal-Mart, GE with eco-imagination, these are companies that have said, if we see a profit to be made …

John:  Not from a PR standpoint of sounding cool because we’re doing philosophic stuff, but by finding market opportunities when they could go to places say, “when we understand all of the pieces around the aspects of our business, which includes culture, education, where we’re going to be in the community, when we can make improvements, and that’s the idea of shared value, triple or quadruple bottom line metrics”. When those things happen, you actually see over the course of ten or twenty or thirty years, more profit to be made, right?

John:  So that analogy I’m making there is happiness is a femoral, right, but, these metrics of well being have almost one to one metrics with how businesses try to increase top profit ability.

Denise:  Yes.  Yes.  Well, terrific.  Before we wrap up, John, I wanted to give you a chance to tell me a little about your work at Yoxi, and, you know, I would love to just, kind of, get more of an update from you on that.

John:  Sure.  Thank you for asking.  So, we’re a media strategy organization, and we work to find social entrepreneurs, people that we call, social innovation rock stars. And we, find opportunities for them, shared value opportunities, like I mentioned, to connect them with brands or organizations.  And our goal is to take these two different sides of the coin, as it were, these entrepreneurs in the trenches, these larger enterprises, and find these different social issues, or maybe a business issue, to have those two parties collaborate in such a way that we can find solutions and say, “hey look, these great entrepreneurs are helping business” and vice versa, and then we create a B to C focused media around those collaborations, so that might be a ten part documentary, a series called like, The Future of Work, where brand and a bunch of entrepreneurs who are kind of forging the way that employees are going to work happen or it might be a big reality show, or it may be something of a smaller scale.

John:  And our tag line is called Making Social Innovation Pop, so, it’s kind of a double entendre. We want to make social innovation, or for the work people are doing as popular as, you know, Justin Bieber or, you know, popular bands, or whatever.

Denise:  Right.  Right.  Well, you’ve clearly set out, I think, a very compelling vision and it’s, it will be interesting to see and learn more about how you work with your clients to actualize that. So, for my listeners, if you would like more information, please feel free to reach out to John at john@yoxi.tv, and that’s y-o-x-i dot TV, and if you want to just be challenged more, as well, you can follow John on Twitter. His Twitter handle is johnchavens and that’s h-a-v-e-n-s.  John, thanks so much for talking with me, I’ve learned a lot and I can’t wait to learn more.

John:  Well, I really appreciate your interest, and it’s great to talk to you and to catch up.