Juniper Research recently reported that smart wearable device shipments will approach 130 million by 2018, 10 times higher than in 2013. That’s a lot of devices — and a lot of growth.  And the Harris Poll recently found that nearly half of Americans (46%) are at least a little interested in owning a watch or wristband type wearable tech device. But roughly the same number (49%) believe wearable tech is just a fad and that it is not likely to become common, the way smartphones have, and 47% do not believe that wearable tech could be useful for their lives.

Here’s more good news/bad news.  According to the Consumer Electronics Association, ownership of dedicated wearable fitness devices tripled from 3% in 2012 to 9% in 2013.  But daily usage of those devices remains low — with the lowest being devices with highest penetration (e.g., 37% own a pedometer but only 26% of those use it daily).

So how can digital device manufacturers ensure that their gadgets are worn and used after the initial novelty wears off? 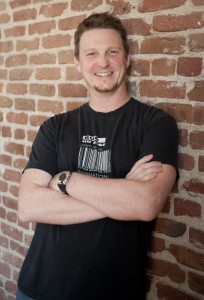 Jef Holove, the CEO of Basis Science, the makers of the cool watch-like personal health tracker, has some helpful insights.  Take a listen to this interview in which we discuss: