brand-as-business bit:  “Don’t say it, be it” – as in “don’t say you’re cool, be cool” – has to be one of the most well-known principles in advertising.  And yet we see so many brands fail to heed it.  The most recent offender?  Apple. 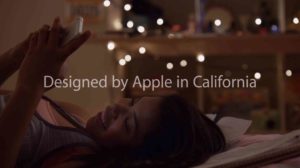 I’m sure there are a lot of people who disagree with me, but I find Apple’s new “Our Signature” spot inelegant and uninspired.  Sure, it’s got the moving tone and captivating visuals – but it lacks imagination and creativity.  Instead of doing something great, or showing us how great Apple is, it’s basically telling us – or trying to.

Remember the company’s Think Different campaign?  The manifesto, written to “The Crazy Ones” was brilliant – it was pure poetry – and most importantly, it didn’t say “We’re Apple and we think different.”  Instead, Apple “thought different” about advertising and ran ads that used a uncommonly small logo and a surprising range of “crazy ones” (who would have grouped Mahatma Ghandi, Miles Davis, and Amelia Earhart in a single thought?)

And what about “1984?”  Instead of saying “We’re rebels who are saving people from the evil empire known as Microsoft,” the ad used a dramatic narrative and exquisite production values to demonstrate the passion that had driven the company to produce the Macintosh.  It prompted a visceral reaction and made its point because it — the ad itself — was ground-breaking.  It showed us, it didn’t tell us.

Apple’s latest ad pales in comparison to these.  It’s so not like Apple — it’s an ad I’d expect from Samsung!

P.S.  (I had to turn off the comment feature on my blog, so reach out on Twitter to let me know what you think!)