Call me old school, but I really enjoy the written word.  I prefer reading a long-form blog post or article than a pithy tweet or fleeting Facebook post.  That’s not to say that I want a writer to blather on — rather, I like reading the work of people who have mastered the written word and write well thought out arguments or well supported insights.  With that in mind, I subscribe to a dozen or so blogs, newsletters, or article feeds from my favorite writers.  As 2017 draws to a close, I thought I’d share some of the best blog posts or writings that I read this past year, including ones from Mitch Joel, John Battelle, Om Malik, and more. 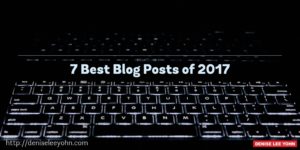 These are only a few of the great pieces I read this year but I wanted to say thank you to these wonderful writers for giving my brain good stuff to chew on this year.   Please share your favorite posts from the past year in the Comments section below.