Welcome to what has become an annual tradition for me – a post highlighting my recommendations for the “Brands to Watch in 2015.”  Importantly this is not a list of brands that I predict will grow, succeed, or otherwise go big.  After all, Peter Drucker once said, “Trying to predict the future is like trying to drive down a country road at night with no lights while looking out the back window.”  Rather, these are the brands I will be keeping my eye on in order to keep my finger on the pulse of consumers, companies, and commerce in general next year. 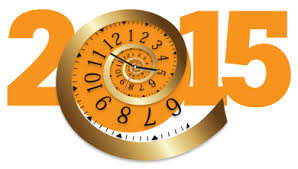 #1 Amazon – 2015 is the third year in a row that Amazon will garner major attention. This past year, Amazon launched a video streaming device, a streaming video service, a mobile credit-card payment solution, grocery delivery, music streaming, and its first original TV show, ‘Transparent’ – not to mention Amazon Echo, a speaker with a voice-recognition service named Alexa.  It will likely continue its prolific product development in 2015 with more original content and cloud infrastructure services through Amazon Web Services.  No other brand, besides Google perhaps, has diversified so broadly which raises questions of brand elasticity (i.e., credibility to stretch into new areas).

And, although Amazon would probably like to compete with a value proposition based more on convenience than price, it has been forced to lower its prices across several major consumer goods categories in order to bolster its retail business and better compete with offline retailers.  This coming year will shed light on the customer adoption and the ROI of these new developments – and on investors’ patience with slowing revenue growth and mounting losses.

#2 Comcast – At the time of this writing, Comcast’s acquisition of Time Warner Cable Inc is still pending and facing growing regulatory uncertainty.  If the deal goes through, it will strengthen the company’s position relative to satellite providers like DirecTV, wireless carriers like AT&T, and streaming services like Netflix.  In particular, Comcast will benefit from the increasingly popular original content from HBO which is a part of TWC.

But ironically, if the acquisition fails to get approval, Comcast will be threatened most by that very cable network.  HBO has just announced plans for a streaming service that will be available to consumers who don’t have pay-TV subscriptions, thus siphoning off business from cable companies like Comcast.  Either way, Comcast will need to work on its brand equity.  Earlier this year it was named as one of the most hated companies in America, and that was before the recording of Ryan Block’s “customer service call from Hell” went viral.  Needless to say, 2015 will be a critical year for Comcast.

#3 Target – Target started off 2014 with major problems – a data breach last holiday that compromised 40 million credit-card accounts, slowing U.S. sales, and a botched expansion into Canada.   But mid-year, the company brought in a new CEO, Brian Cornell, who has subsequently launched a significant turnaround effort.  Cornell’s plan includes growing its exclusive offerings, overhauling its website and launching brand new mobile sites, and focusing on areas that have traditionally been the brand’s forte — stylish clothing and home goods, and beauty products. 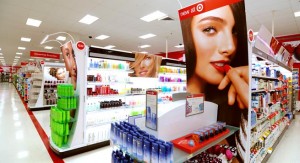 So far, the company seems to have been getting “that ‘Tarjay’ back” (how Cornell described his aspirations.)  Target’s latest earnings report showed its first same-store sales increase in four quarters and earnings that outpaced analysts’ expectations.  The company has ramped up its competitive efforts even further this holiday season, offering free shipping on all online orders and same-day pickup within an hour.  Let’s see if this provides the momentum Target needs for the brand continue to get its mojo back in 2015.

#4 Apple – No brand list seems complete without Apple.  And with good reason – it was recently named by Interbrand the world’s most valuable brand with the Apple brand estimated to be worth $118 billion, the company is on pace to move 60 million iPhones this coming quarter (a first), and its current market cap is at its highest ever value at $663.2 billion.  Next year’s developments likely include a new MacBook, expansion of its Apple Pay solution, and the much-anticipated Apple Watch – plus the newly-acquired Beats Music subscription service will become a pre-installed app in the iOS.  Although people have been predicting the decline of Apple brand power for several years now, all indicators suggest it’s still on a roll.

#5 McDonald’s – McDonald’s is also on a roll – downhill.  In the third quarter of this year, McDonald’s same-store sales were falling about 3% (in comparison, Chipotle Mexican Grill saw sales soar 20% in the same time period.)  Recently-announced plans for 2015 don’t give much reason to expect a change.  The company will be testing a customizable burger platform, a more regional approach to the menu, and a new marketing campaign, “Lovin’ > Hatin.’”

These moves may help but they don’t address the brand’s primary problem – it just can’t seem to attract the growing segment of restaurant goers who choose “fresh and healthy” over “fast and convenient,” as Fortune reporter Beth Kowitt put it.  In other words, the brand has lost its relevance – and the company doesn’t seem to know how to get it back.  CEO Don Thompson is probably looking at his last days at the company, since struggling fast feeders tend to churn through executives in attempts to restore the confidence of franchisees and investors.  A management shake-up may be McDonald’s biggest news in 2015.

#6 IBM – Back in 2010, IBM’s then-CEO Sam Palmisano laid out a “2015 Road Map” strategy which included a plan to deliver $20 earnings per share by next year.  Now, to borrow a phrase from Apple’s 1984 commercial, it’s clear 2015 won’t be like “2015.”  And no wonder – a lot has changed in five short years, most importantly the rise of cloud computing.  So IBM has been paring operations and shedding less profitable hardware businesses, while expanding its cloud and funding new offerings in data analytics.

Unlikely partnerships also seem to be part of the new IBM plan.  Earlier this year IBM joined with Apple and is now producing iPhones and iPads to be sold to enterprises backed by IBM’s cloud and analytics services.  Then IBM announced a partnership with Twitter to help shape business decisions using data collected from tweets worldwide.  When the company updates its projections in January it will likely signal the outlook for the venerable IBM brand.

#7 Republican Party – During the mid-term election campaigns, Rand Paul bashed the Republican Party saying, “The Republican Party brand sucks and so people don’t want to be a Republican.”  Joe Scarborough, host of the popular “Morning Joe” show and former Republican Congressman, added his commentary about current GOP members:  “Our brand’s been battered over the past year and a half and they’ve been battered by a lot of these people.”  With the Republican Party leading in both houses of Congress in 2015, it has the opportunity to shape its brand image now more than ever before.  And high profile issues like immigration and the Affordable Care Act will present the platforms to do so.  No matter your political leanings, the Republican Party will provide a lot to talk about next year.

Alright, set Google Alerts on these brands and get ready for a newsy 2015!